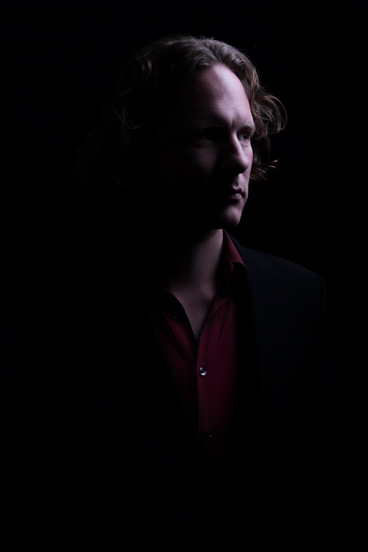 Frank Pieter Verhulst, born on the 15th of March 1982, grew up in Groningen, a city in the north of the Netherlands. Fascinated with obscure art and unconventional music, he made his first artistic attempts in his early childhood.

Being a painter from origin, Verhulst explored many aspects of visual design and discovered photography as his medium of choice. During the exploration of analog methods, he tried to overcome the boundaries of traditional photography by staging gathered input and dark room techniques, to achieve the surreal scenes that he envisioned. In 2001 he was introduced to graphics software by his father who is a designer, musician and teacher. Verhulst has been focusing on multiple software packages since then, to gain all the knowledge required and complete the images which were already present in his mind.

Influenced by classical artists such as Hieronymus Bosch, Ernst Fuchs, Rubens, Piranesi, and many others, Verhulst developed his own style. Mesmerized with the metaphysical, the signature of Verhulst progressed towards a style which reverts towards his early drawings. The contradiction between the visualization of the invisible and venerating the material has been a returning theme in his early works which can be found in the archive.

After graduating photography at art-school, Verhulst decided to improve his technical capabilities and started studying 3d software. His greed for knowledge led to the decision to do a masters course abroad. He moved to England and studied at Leeds Metropolitan University where he completed a degree in Digital Imaging Technology.

Verhulst started working at an advertising agency where he functioned as a graphic/3D designer. The main tasks he performed involved the production of commercials. During this period he encountered many aspects of 3d visualization and animation. While cooperating with experienced designers, he gained a variety of technical skills in multiple software packages. The focus on the technical aspects of graphics has been a guide through his development as a digital imaging artist.